The first one “A Star less in the European union” it’s a gesture that evokes some of the “Provo” actions in the 60´s. A Dutch flag lies in the floor of the main entrance at “Transmute24” building. This is an invitation for the viewers to step on their own national symbol and modify the meaning and purpose of the flag.

We are living hard times now and nationalism is arising around the world. Lets spit on it. Don’t let them be part of our ideas. Lets destroy all the conventions.

The second one “Identity is a hidden trash can” is a ready made sculpture made out with some of the garbage produced during my residency in Arnhem NL. The Dutch flag again, works here to shelter all these wastes, and serves as a synthesis of political discourses from the right wing parties. It’s also a comment about the way European countries are understanding solidarity with refugees. In a sense this sculpture symbolize how national identity is used as a symbol that can rot deep inside us.

Both interventions will be left on the building until they disappear or pass to trash.

* The abandoned building KKN24 is located on Buitenplaats Koningsweg a former military base in Arnhem, The Netherlands.
The building was a sleeping-quarter for soldiers, 4 in one room. 39 Rooms in the whole building. The building is waiting to be demolished, meanwhile it transforms back to nature. 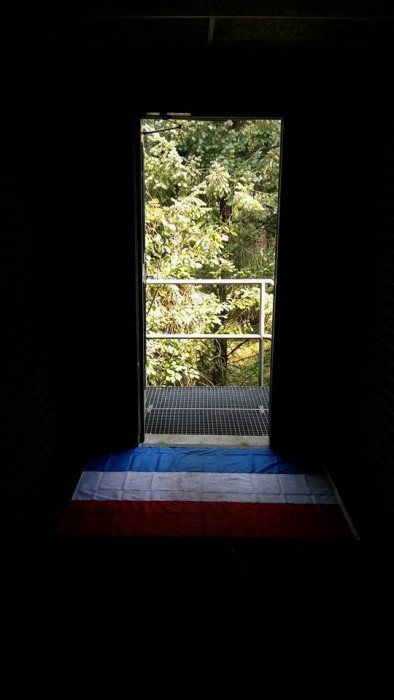 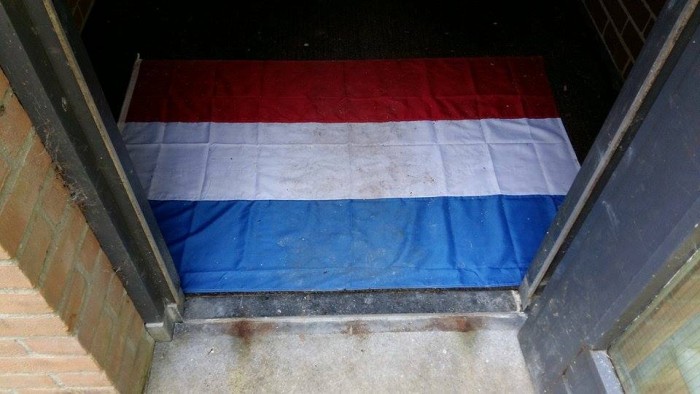 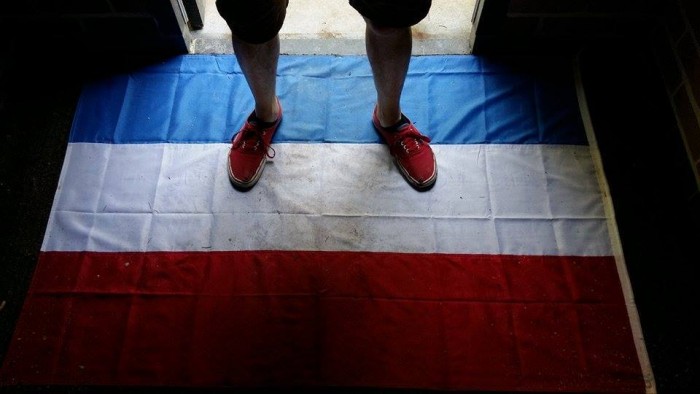 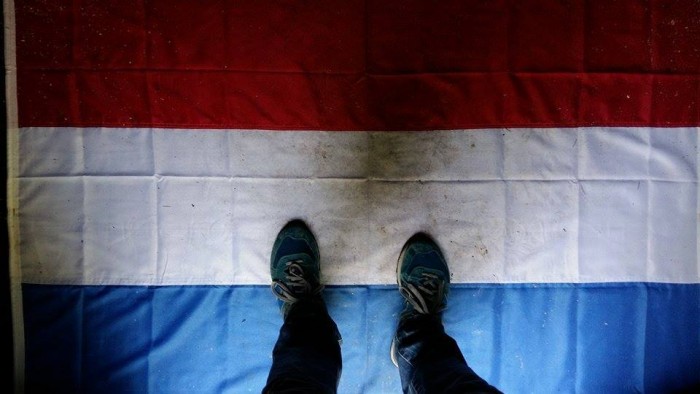 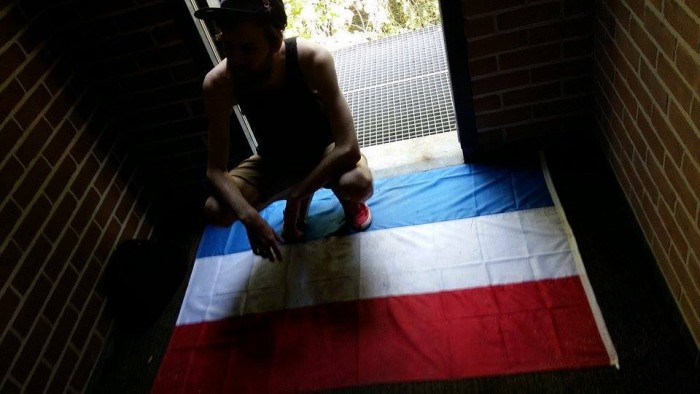 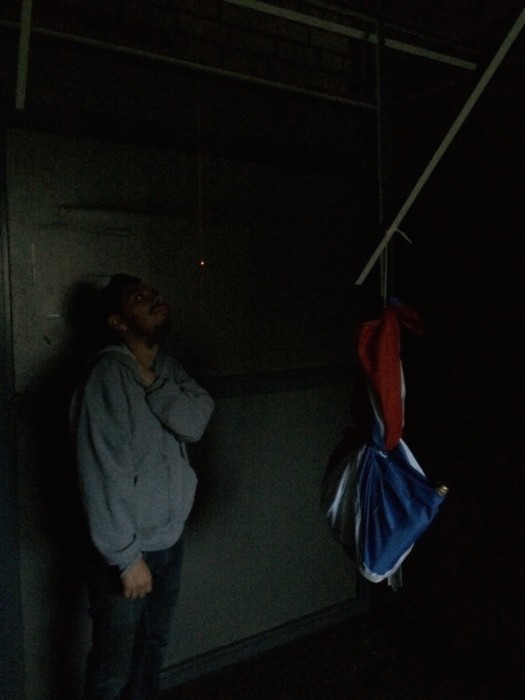